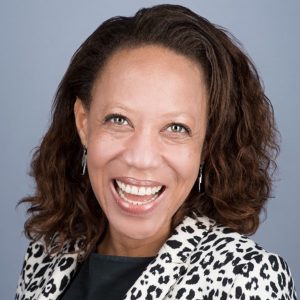 Vera: The thrust of your book ‘Rocking Your Role’ dwells on how female breadwinners can embrace and navigate that role. Why did you find it timely and important to highlight this issue?

Jenny: When I started researching the topic of female breadwinners, one response stood out: ‘I was the main earner in my home for three years and those were dark days’ she said. I didn’t want any other woman to feel that way. At the time of writing ‘Rocking your Role’, a fifth of mothers in the U.K. were equal or main earners in their home; that number has now risen to a third.  This is a growing phenomenon that we have to learn how to celebrate.

Vera: Embracing this role where there’s a man in the house as you indicate raises a lot of identity issues that women then have to manage. Why is that the case?

Jenny: Associated with women being the main earner are the emotions of shame, resentment and guilt on both sides. Traditionally women and men were brought up to think of the man as earner and the woman as carer; when that’s not the case. Readjustment and managing the judgement of those who don’t agree with your lifestyle is challenging. This is not easy and requires that the couple be pioneering and demonstrate that it can work.

Vera: What have you had to draw on most from your own experience as the main earner in your family as you coach women to work through the challenging dynamics this brings to their relationship?

Jenny: Letting go and not trying to do it all and each playing their role as man and woman of the home is key, plus valuing your partner for what they bring to the relationship beyond money.

Vera: If a woman had the chance to go after a job that would make her the main earner but is hesitating, because her partner feels a bit unnerved by the prospect of his partner earning more than him, what tips would you give her?

Jenny: I think it’s important for couples to have conversations about money, career and lifestyle. You could agree how you’ll manage the money e.g. all in one account, individual accounts etc. You could give it a trial period and set some boundaries and then review it. Lastly you will need to vision how this will help you both and make you happy. If it won’t make you happy, then you should think again.

Vera: You are a proponent of women seeking promotion that plays to their strengths and potential. What do you say to those who believe that a woman should go for any higher position opportunities considering how relatively few chances there are for woman to move up?

Jenny: My opinion is that success and happiness are inextricably linked. If you have a top position but are miserable, that is not success. However I also believe that it’s easy to talk yourself out of going for opportunities; so if you decline, make sure it’s for the right reasons and not just based on fear of failure.

Vera: In terms of initiatives supporting women’s advancement, what do you make of the emerging school of thought that women focused programmes are sub-optimal and interventions for advancing women should be ‘co-ed’ so to speak?

Jenny: I think that women only programmes are fantastic. I also think that involving men in the solution is a good idea. It’s not either or, but both together that will make a difference.

Vera: You did a TEDX talk recently on the topic ‘Choosing joy over gender’. What’s the connection you see between the two and what unhelpful mindsets were you aiming to disrupt?

Jenny: I have done 2 x TEDx talks. ‘Choosing joy over gender’ was about how we can limit ourselves based on our gender and as a result not fulfil our true potential; that seeing beyond gender would open up opportunities for both men and women.

Vera: Where has there been progress regarding women’s advancement even if small that has been glossed over and how best can we keep track of and make sure we celebrate even the little successes?

Jenny: There have been lots of successes: more women on Boards, gender pay gap reporting and increased focus on diversity. We must keep highlighting role models, women who are striving, while being careful not to burden them with the weight of having to speak for all women.

Vera: For many women success will be incremental rather than in giant strides. Any advice on how they might amplify the little bits of progress they make?

Jenny: I recommend journaling, just writing down what 3 things went well today and thinking about how you could do more of that, is a catalyst for change.

Vera: You challenge women to go beyond what they think is possible for themselves. How do you do that for yourself?

Jenny: I am always challenging myself, I am doing an indoor skydive for my birthday this year. Delivering TEDx talks, running a half marathon and writing my book were all challenges that I set myself. I believe in public declaration, once I have decided to do something I share it with others, so there is no going back!

Jenny Garrett is an award winning coach, a Freeman of the Guild of Entrepreneurs- City of London and was listed in Brummell Magazines Top 30 City Innovators 2016. Her mission is to transform the world for everyone, one empowered woman at a time. She uses her many years of experience in coaching and leadership to inspire and motivate people, working with them to deliver career and life changing results. She has reached over 30,000 people through her speaking engagements in many countries such as Australia, Mexico, Botswana, Spain, the US and the UK. Her clients include MasterCard, EY and Mace Macro. She is author of the Amazon Bestselling book ‘Rock your Role’. More on Jenny’s work at www.jennygarrett.global