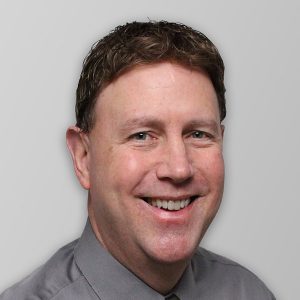 Vera: Congratulations on your book ‘Discovering Your Greatness’. The title suggests everyone has a deposit of greatness. What is greatness?

Bob: Greatness obviously has a different definition to each individual. As I see it, greatness is achieving things in areas of our life that are important to us on a level we might currently believe is only possible for others. For example, we see someone who is earning $100,000 annually when we are earning $50,000. Earning $100k may seem to be completely impossible based on our current level of belief. But, is the person who is earning 100k twice as smart, talented or ambitious as the person earning 50k? The main difference is the belief of what is possible and the actions that result from that belief. As Henry Ford said, ‘If you believe you can or believe you can’t, you’re right.’

Vera: The subtitle of a ‘Higher level of thinking and action’ puts mindset/action at the core of achieving greatness. What is the starting point for anyone wanting to embark on the journey to greatness?

Bob: The first key to achieving anything is the desire to achieve it. That desire, and being clear on what it is you want to achieve and WHY you want to achieve it is dramatically more important than the HOW. In fact, it is the not knowing how that limits most people’s achievement. They haven’t ever achieved it before, so the feeling of uncertainty – wondering if they even can – is very prevalent. That is why stoking your desire for what you want is so important. Desire can overcome the doubts that will naturally crop up.

Vera: On the idea of ‘thinking’- how does your stimulator thinking worksheet help?

Bob: Most people only think as big as they’re used to. Like most aspects of our life, our thinking runs on autopilot. It’s a habit. But, like any other habit, it can be changed. People only achieve up to the level they believe is possible for them. The Thinking Stimulator worksheet starts people on a pathway to considering other possibilities. The first step to achieving anything is considering a new possibility and how achieving that would make you feel. Since we are only limited by our beliefs, why not belief for and consider new possibilities? By prompting our imagination through the Thinking Stimulator we begin to visualize what it would be like to be, do or have something new.

Vera: You assert that people are born with two innate desires- the desire for wealth and a desire to help other people. Is it really that binary especially as one can assume that one can help more people if one is wealthy?

Bob: In 2016 there was $80 billion spent on lottery tickets in the United States alone! Clearly, people have a desire to acquire great wealth. Interestingly, there was $373.25 billion donated to charity in the U.S. in the same year. That’s over four times as much as was spent on lottery tickets! So, it’s just as clear that people want to help others. I’m not saying that the desire for wealth and the desire to help people are the only two inherent desires. Desire for growth in all aspects of life is in our DNA. To live is to grow. Those who feel as if they aren’t growing – that feeling of every day being exactly the same, boring existence – are alive but they’re not really living. As world-famous Achievement coach Bob Proctor says, “When their heart stops beating, it’s a mere formality.”

Vera: What are the signposts on the greatness journey to as you say the ‘true you’, the unique person?

Bob: Great question! Each goal you set and achieve should serve as a sign post that you are on track to discovering your greatness. And, I don’t just mean major goals. Even seemingly minor goals should act as evidence that you are making progress. In fact, minor goals are even more important than major goals. Here’s why. Achieving a big goal takes consistent effort over an extended period of time. Human nature being what it is, most people will get discouraged by how seemingly little they have accomplished and how much farther it is to go to reach their goal. Each small accomplishment and the feeling that goes with it will compound. Use daily accomplishments as your sign posts that you are on track. All big success is lots of minor successes strung together.

Vera: For someone who struggles to feel worthy of pursuing greatness, what would your advice be?

Bob: My advice would be to start with setting a goal to achieve something that doesn’t seem to be a real stretch and take action toward it – even if you aren’t sure of all the steps. After all, the hardest part of doing anything is getting started.  Another daily practice I would recommend is for people to tell themselves that they can be whatever they want to be. The more you tell yourself something the more you begin to believe it and take action to achieve it because there is no substitute for action. Motivational keynote speaker Mel Robbins says to employ the ‘five second’ rule. When you are prompted to do something, take action in five seconds or less! Otherwise, all the reasons you can’t or shouldn’t do it will crop up and keep you stuck. And, the more successful actions you take, the more you will gain in confidence. Most people you consider to be great aren’t blessed with talents and abilities far beyond what you possess. They’ve just been taking action longer.

Vera: You indicate that monetary goals are the most difficult to set- why’s that?

Bob: I believe it is because this inherent desire has been suppressed by the negative feelings and beliefs about having money that have been imparted on most people by well-intentioned but misinformed people. Setting goals to earn an average amount of money isn’t difficult. However, for most people, when they begin to think about earning double or triple what the average person makes, all sorts of negative feelings crop up; feelings of being greedy or not being worthy etc. You can set income goals without concerning yourself with whether or not you are worthy or whether you’re being greedy.

Vera: Arguably, getting to greatness will not be a breeze, what are some of your key problem solving questions that can help unblock challenges?

Vera: How will one know they have achieved greatness and how do they maintain the greatness or elevate it further?

Bob: Greatness, like success, is very individualized and changes over time. Greatness is living up to your full potential. For most, it is almost impossible to see what you’re fully capable of when you first start the journey. For example, for a student who consistently gets failing grades, getting a C is great. However, when this same student is consistently making Cs those grades are no longer great. The aspiration changes to wanting to make a B or an A because those grades now seem attainable. With each higher level the belief in what was possible for him begins to increase. It’s all a matter of what you believe is possible for you.

Bob Sager is the Founder of SpearPoint Solutions. Bob’s professional background includes work in the Real Estate business and in Financial Planning.  The curator of content and contributing author to Living a Wealthy Life: Stories of Gaining an Abundance in All Five Forms of Wealth, Bob is also the inventor of an innovative thinking game and app called ‘What’s The BIG Idea?’ and the Author of a personal achievement book, ‘Discovering Your Greatness : A Higher Level Thinking and Action Guide’.  He believes strongly in the power of collaboration and coaching which led him to create a conference call based business networking, idea creation and coaching entity called Meaningful Connections.

For more information on Vera Ng’oma’s work and resources in leadership, personal and career development and excellence building visit www.verangoma.com and www.excellicaleadershipgroup.com